Prehistoric lion shifter Chance must convince skeptical Moira that the world of magic exists and he’s her mate, or lose her to a greedy billionaire who wants her gifts for himself. 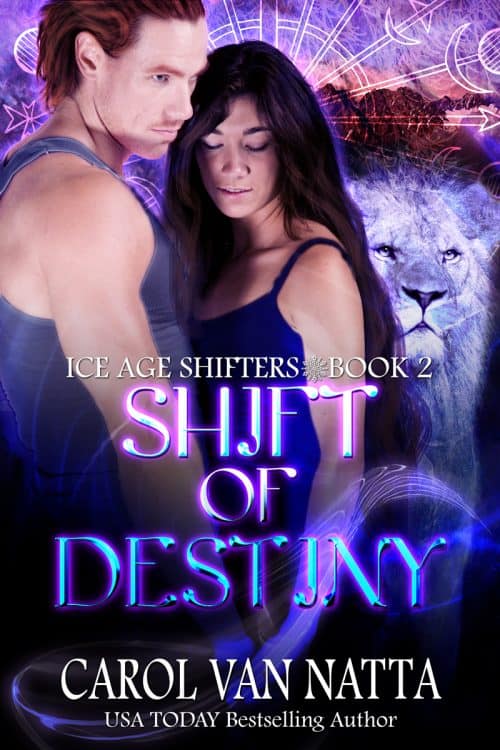 There is no such thing as magic, or sexy shifters. Or… is there?

Moira Graham’s car breaks down in the tourist town of Kotoyeesinay, Wyoming. She’s on the run. Again. A crazy billionaire wants to possess her ability to predict the future, but it’s not a “gift.” It’s simple guesswork. Magic doesn’t exist. And this quirky town—which uses elves, fortune tellers, and fairy-tale gimmicks to draw tourists in—isn’t helping.

Roving carpenter Chance McKennie is a prehistoric shifter on the lookout for a mate. Unfortunately, people fear his lion, and don’t stick around long enough to get to know the man. He thought his luck would change in Kotoyeesinay, but his skills aren’t needed in this magical sanctuary town with creatures of myth and legend on every block.

When Moira bumps into him, she’s almost willing to believe in the magic of this place. But it’s going to take more than a red-hot handyman and some glowy lights to save her from ruthless hunters.

Chance is determined to protect his mate and help her find the magic in her blood. But even a top predator can’t guess the lengths to which a desperate billionaire will go to get what he wants.